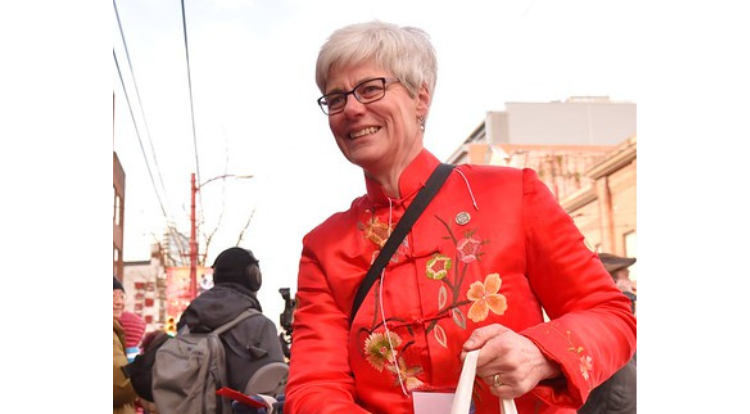 Janet Fraser was first elected in 2014 and has served Vancouver’s students with commitment and integrity. As a trustee, Janet always makes her decisions based on the best interests of students.

One of the key drivers for seeking re-election is wanting to help guide the implementation of the new VSB Education Plan with the three goals; student achievement, including physical and mental well-being and a sense of belonging, equity and the district’s Reconciliation journey. Every student should graduate with dignity, a sense of purpose and with options before them.

Janet was re-elected in 2017 and 2018, topping the polls both times, and is the current Chair of the Vancouver School Board. She is also honoured to be a member of the BC School Trustees Association’s Indigenous Education Committee.

Born and educated in the UK, Janet has BSc and PhD degrees in chemistry from the University of Bristol. Since moving to Vancouver, she has worked as a scientist, project manager, at-home parent, program administrator, and school trustee. She is on a Reconciliation learning journey on the unceded lands of the Musqueam, Squamish and Tsleil-Waututh Nations.

Janet lives in and loves Marpole where she is active in the community. Her three children attended local VSB schools and are now post-secondary students.