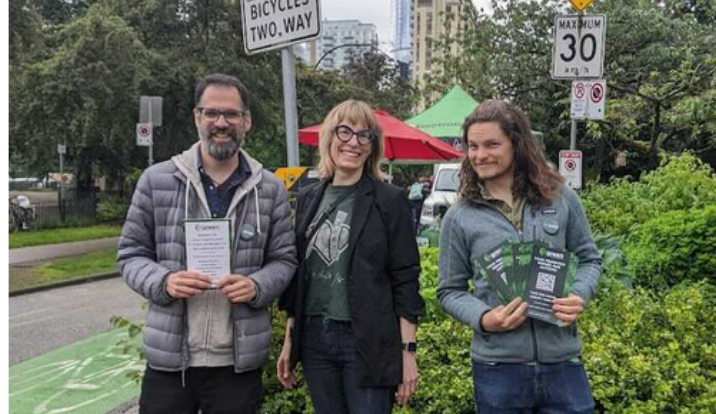 Stephanie Smith is a labour and social justice activist living in the Downtown Eastside of Vancouver. She has worked in community service since the 1990s, as a legal advocate and union activist.

Stephanie was born in St. Paul's Hospital, attended high school in East Vancouver, and grew up around a small family business downtown. Her work with housing and economic justice issues has involved housing co-operatives, grassroots community groups, legal and government working groups, her unions, and the Vancouver and District Labour Council. She is a proud member of UFCW 1518 and USW 2009.

Stephanie wants to protect and build truly affordable housing so that people can stay and enrich the city they love, no matter what their income. She believes that public land should be used for public good and not for private gain. She has supported and worked with the independent music community since the 1980s and wants venues and art spaces, and the artists who work in them, to thrive.

She believes that a strong and diverse Green caucus can make Vancouver a city that is affordable for all: a city that leads on our environmental challenges, on housing, on health, and on our parks and green spaces.