Vancouver voters are looking to shake up the Vision dominance of Vancouver City Council in the upcoming civic byelection, according to a poll released July 28 by Justason Market Intelligence, the Green Party of Vancouver announced on Tuesday.
The by-election to replace Vision Councillor Geoff Meggs, who resigned in July to become Premier John Horgan’s chief of staff, will be held October 14. 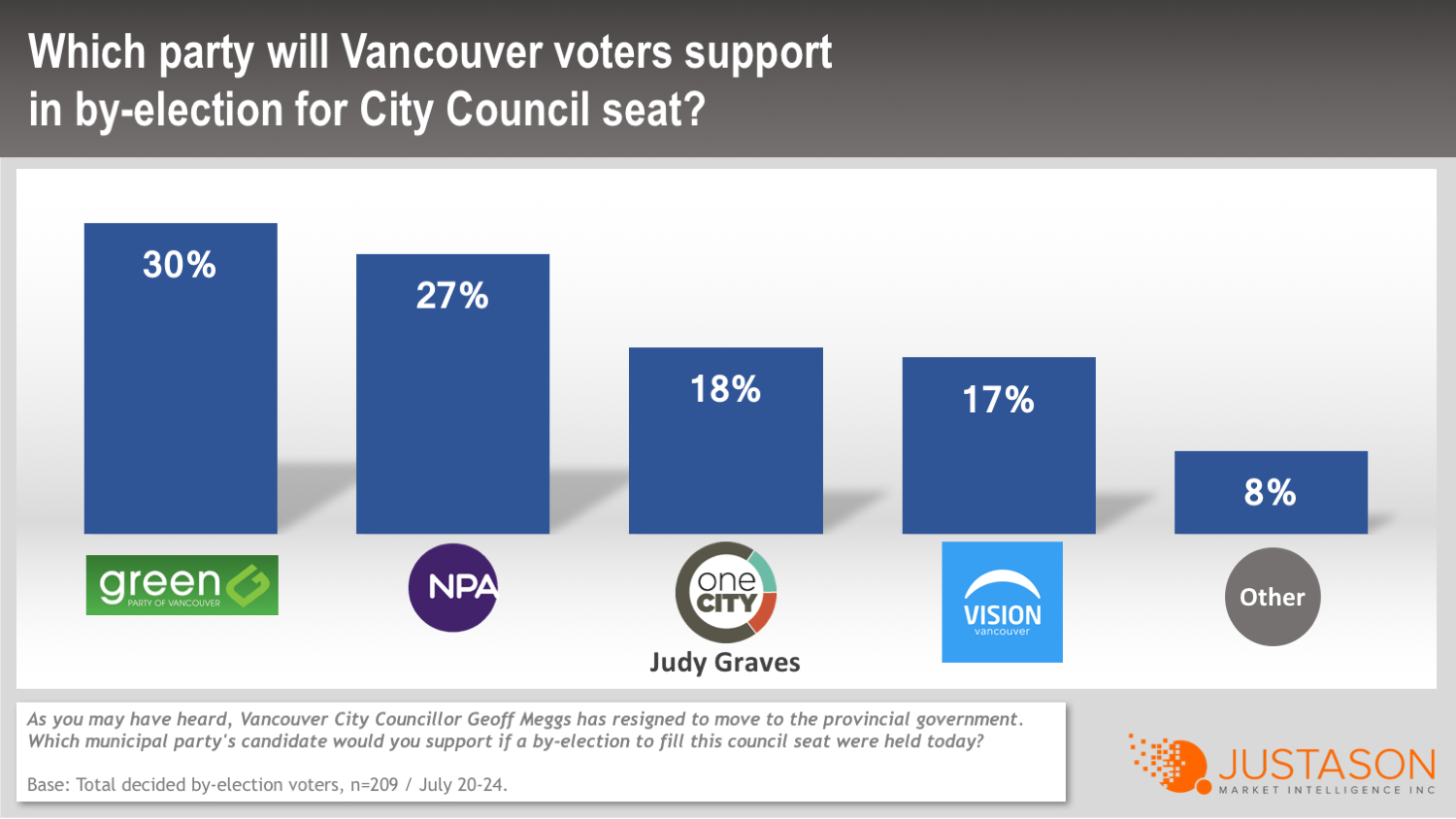 “The Justason poll shows that voters think it is time for a change,” said Green Party of Vancouver campaign chair Jacquie Miller. “The high level of support for the Vancouver Greens, even before we have nominated a candidate, speaks to public’s confidence in the contribution [Vancouver Councillor] Adriane Carr has made as a voice of integrity on Council, and to the momentum of the Green Party following the provincial election.”

The BC Green Party doubled its popular vote and tripled its seat count in the recent provincial election.

“Clearly Vancouver voters are looking for change and want to send Vision a message,” said Carr in response to the poll results. “I’m thrilled that, at the start of this by-election, the Vancouver Green Party is the top choice of voters. I sure could use the help of another Green Councillor beside me at the Council table.”

Details of the Justason poll can be found here.