VANCOUVER, B.C. – Paul George, co-founder of North America’s first Green Party, the Green Party of B.C., and co-founder of the British Columbia-based (Western Canada) Wilderness Committee is being awarded the Order of B.C., the highest recognition that the Province grants to any citizen. Attached is a summary of some of his accomplishments and images capturing George’s activism for wilderness preservation and green politics that will be posted on the Government of B.C. website.

The Order of B.C. is the Province’s highest honour for individuals who have served with great distinction or excelled in their field; inspiring individuals who have left a lasting legacy and whose extraordinary achievements have contributed to a better quality of life in the province.

“This is a great honour that everyone who helped make a reality and worked to build the Green Party should share, for it was always a group effort, not a one-person show,” said George.
"But I would rather have the Provincial Government stop the liquidation of the last one percent of the big-treed ancient forests of B.C. and quit promoting fossil fuel projects and rapidly reduce greenhouse gas emissions, because with global warming coming at us at super-pandemic-speed, all of our successful efforts to protect nature will be for naught."

George was his wife, Adriane Carr’s, campaign manager when she ran for the Vancouver School Board in 1984 as a Green Party candidate, along with several other civic Green candidates. This was the start of the Vancouver Green Party. He has been a key part of the campaign teams in all of Carr’s election campaigns, including the last three successful Green Party of Vancouver campaigns.

More recently, George co-founded the Action-in-Time Society,  focused on action to combat global warming. George has been a consistent opponent of the Trans-Mountain Pipeline and passionately believes that we must act with urgency to curtail Greenhouse Gas emissions and convert our economy to rely on truly sustainable renewable energy.

George is incredibly grateful to those who endorsed him for this award, including David Suzuki and Wade Davis. 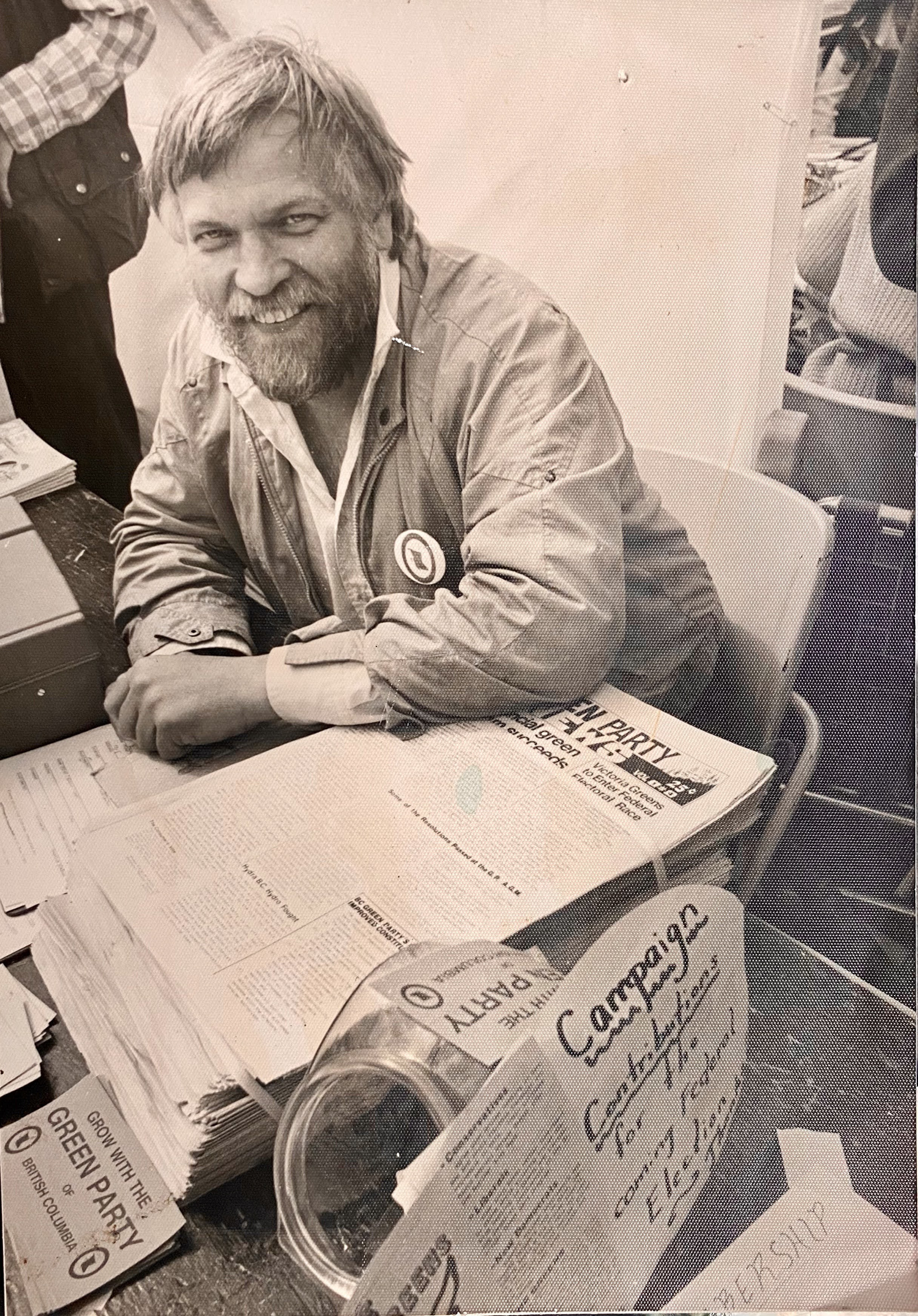 Paul George at BC Green Party booth in 1984 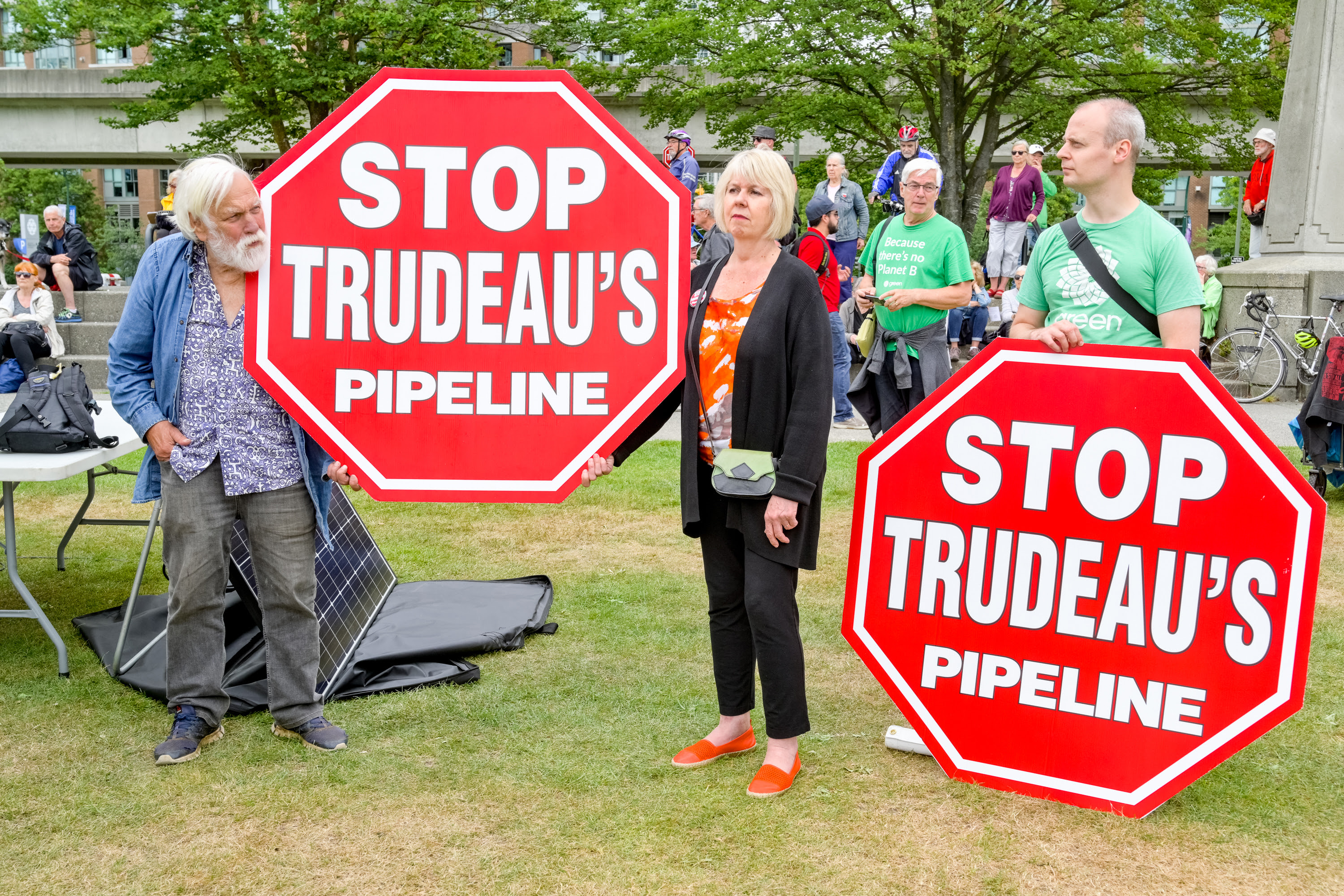 Paul George with wife Adriane Carr, and Chair of the Green Party of Vancouver, Anthony Hughes, at anti-pipeline protest in 2019

Over the course of 40 years Paul George helped to steward a contemporary view of British Columbia — beyond a province of just resource extraction — with the creation of the Western Canada Wilderness Committee.

George, a Vietnam war objector, immigrated to Canada from the U.S. in 1968 to teach senior high school sciences, drawn to B.C. by the magnificent images of its wilderness. Work, research and friendship in Haida Gwaii led Paul to collaborate with Haida leader Guujaaw and others in order to protect Gwaii Haanas (South Moresby), today a Haida Heritage Site and National Park Reserve.

From 1980 to 2005, George led dozens of campaigns building public support for wilderness protection. He left WCWC after writing his seminal book about the organization, its campaigns and tactics: “Big Trees not Big Stumps”.

An inspirational leader, George came up with ideas for unique campaigns, tactics and strategies that no other environmental group had used including widely distributed educational newspapers, and building the world’s first upper canopy temperate rainforest research station.

George co-authored over 120 newspapers, each with a call to action on a specific wilderness area or wildlife cause and often in collaboration with local conservation groups. The largest run, “Conservation Vision for Vancouver Island,” saw over 300,000 distributed to households in every community on Vancouver Island. Featuring a scientific analysis recommending half the Island’s remaining wilderness be protected in order to save biodiversity, the paper prompted loggers to chant “12 percent and no more” in a protest on the lawns of the legislature.

George also launched the trail-building that became a renowned WCWC activity, involving hundreds of volunteers. He believed that enabling people to see beautiful places under threat was essential to building support for their protection.

Over 25 years, George’s tireless work resulted in the park protection of millions of hectares of wilderness areas and a lasting legacy for all British Columbians.