The mood at the Green Party of Vancouver’s Election Night party on October 14th was celebratory as the incoming by-election results showed that Vancouver voters’ appetite for the Green approach to politics with integrity and that puts the public interest first continues to grow.

Inspired by the integrity she demonstrated in her first two years as a Vancouver School Board (VSB) Trustee, a vote of confidence by more than 56% of voters returned Janet Fraser to the VSB at the top of the polls.

No longer will Fraser serve as the lone Green school trustee, either. Running mates Judy Zaichkowsky and Estrellita Gonzalez were elected alongside Janet, garnering the second- and third-most votes on the nine-person board. The Green Party trustees look forward to playing a leading, constructive role on the new School Board which consists of trustees from four different civic parties, with no party commanding a majority. 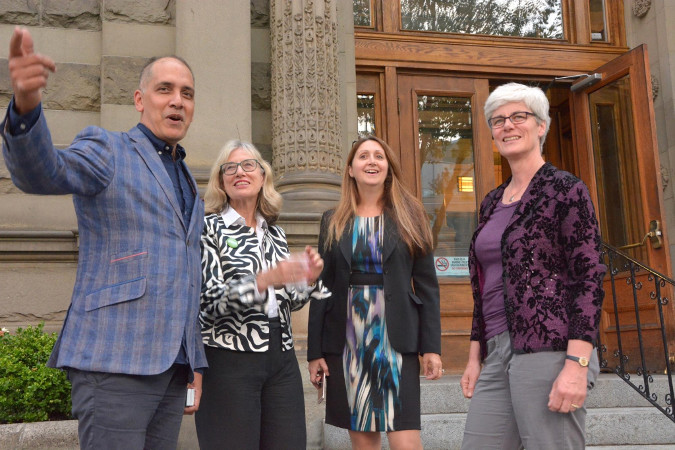 On the City Council front, while disappointed to have missed being elected to join Adriane Carr as Vancouver’s second Green councillor, Pete Fry’s strong performance in the race for the single spot on City Council bodes well for the next general civic election in October 2018.

“What these results show is that the Green Party of Vancouver is now Vancouver’s leading progressive party,” said Councillor Adriane Carr on election night. “I look forward to Pete Fry joining me on City Council in 2018.”

Fry echoed Carr in looking forward to the next civic election. “When I first ran for Council in 2014, Vancouver was already on the verge of a crisis in housing affordability and homelessness. In the three years since then, it has gotten unimaginably worse. Vancouver needs the Greens, free of financial ties to the real estate development industry, more than ever. With only 371 days until the next election, our campaign for a City Council that puts the people of Vancouver first begins right now.”