Fraser weighs in on current state of the school district

Story from Roundhouse Radio by Taran Parmar (from December 31st, 2017)

Vancouver School Board Chair, Janet Fraser, weighs in on the state of the district. It’s been a wild year for the Board, which went from sole trustee Dianne Turner to democratically elected trustees yet again. 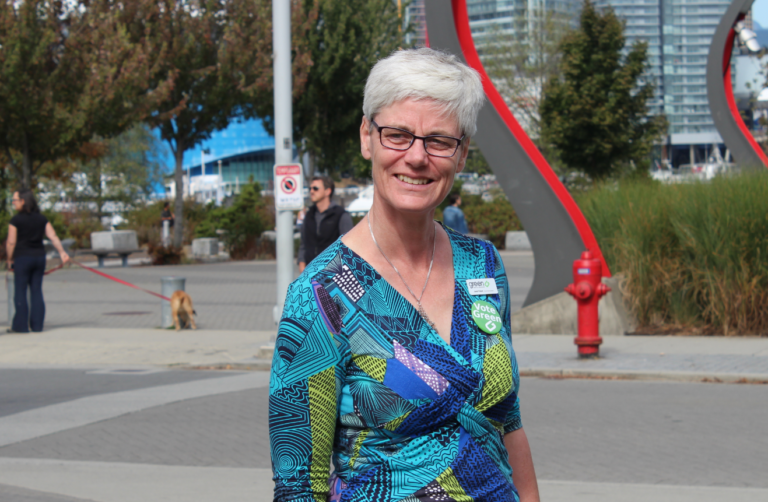 VSB Board Chair Janet Fraser says things have settled down since the by-election in mid-October but adds there are issues that need to be addressed, especially the hiring of teachers in Vancouver.

“With the implementation of the restored contract language which brings more teachers into the classroom, we are struggling to fill the support staff positions that we need to fill so that our students can have the quality of education that we would like to see. We are also struggling to fill the support staff positions and on-call positions. Between 40 and 50 full-time equivalent positions are available for teachers. We are continuing to enrol onto our teacher’s on-call list, which has more than 500 teachers on it at the moment. We also are looking to fill some support positions.”

Fraser says the board has written to Education Minister Rob Fleming to tell him about the challenges Vancouver is facing in drawing teachers to the district.

“One of the first actions as a board was to convene a focus group and write a letter to the education minister about the challenges we have that we can’t control in our district. Things like housing affordability and provincial aspects of the contract. We know, our staff know, and the people in the classrooms know that some of our students are not getting the supports they require. That’s essential to be acted on as soon as possible. As the New Year starts we are really hoping we can find some new ways to take on these challenges.”

She adds the district needs teachers with adequate amounts of training and teaching experience and discussed some of the options they are looking at when going through the hiring process.

“We want to have good teachers for our students. We are reaching out to graduates who finished in December from SFU and signed up a number of students who were doing practicums in our classrooms. We are having teams go to recruitment fairs across the country, and we are trying to make sure that when someone applies, everything works in their favour to get the good candidates moving forward as soon as possible. Our district staff are working with the Vancouver Teachers Federation to make sure issues they are hearing from candidates are being addressed in the district. There is a consensus that we need to work well as a district on this.”

It’s no secret that the Vancouver School Board has had an extremely rocky relationship with the provincial government in the past and in that same vein, former education ministers. Fraser says so far, the new school board is working well with NDP Education Minister Rob Fleming, who has only been in the role for a short amount of time himself.

“So far, I think it’s going well. We met with the minister before we were sworn in as trustees for an opportunity for him to speak in his role as minister, calling the by-election, appointing the Special Advisor, as well as our concerns with provincial matters. We talked about seismic programs, teacher recruitment and retention. We were able to surface some issues with him very early in our term. We have now written to him about the challenges we are facing with teacher recruitment and retention. We are hoping to meet with him as a board early in the new year.”

An issue many parents and students fought passionately for is the band and strings programs that have faced funding cuts. Fraser says it’s an issue that fits into the budget cycle.

“As candidates, we were asked about this a lot. Some elementary schools have a band and strings program that is running in prep time. If we were to change the funding for band and strings, that comes from the budget cycle. We are just starting into that process at the moment. I anticipate there will be a report that comes to trustees about what schools have this program and what measures can be taken to expand the program so more students can take part.”

When it comes to seismic upgrades and the building of new schools in the districts, Fraser says the board will continue to work with the province to approve more schools.

“We will continue to work with the minister to get the approval for more new schools in areas like Downtown around False Creek. For the seismic program, we want our students to be in seismically safe schools. We hope the ministry will expedite the building of safe schools. We are hearing quite a lot from our school communities about the standards that are used for the new schools. They don’t think the standards are adequate. We are also hearing about childcare. Before and after school childcare, how many parents need that service and that building childcare spaces is not funded by our school district or the ministry of education so how can we provide more child care spaces.”

Fraser also spoke on the relationships at the new school board, which she says is much more positive and progressive when compared to the old board, which was split to 4 NPA trustees, 4 Vision trustees and 1 Green trustee.

“I think with a different makeup of the board, with different trustees at the table, it is a different tone. I think that reflects what we all heard when we were out campaigning. People want to see confidence and stability on the school board, they don’t want to see partisan politics at the board table. I think we as trustees are learning to work together and how to put that into practice so that the work we do on behalf of the students is very transparent and accountable.”

Though only in the role for a couple of months, Fraser says so far it’s been a respectful atmosphere at the meetings and when discussions are held at the board.

“We’ve only been sworn in for a couple of months. We are learning how to work together well, I’m learning about the role of Chair Person. We’ve had two board meetings, they’ve gone quite well. We’ve brought a respectful tone to the board meetings and we have a lot of issues to grapple with. We are not always going to agree, but I think that when we do disagree we can do it understanding other trustees’ views. We can understand that different people have different views on what is best. It is a bit of a challenge. We have new senior staff, new trustees, and we are spending a lot of time on working on our relationships and understanding how to work well together.”

More Green power than ever before in BC politics

Janet Fraser easily swept the Vancouver School Board by-election in October, coming away with 27,360 votes, the most amount of ballots cast for any other trustee. Interestingly enough, she was followed by two other Green Party candidates, Judy Zaichkowsky who got 23,383 votes and Estrellita Gonzalez, who managed to get 20,307 votes. That put the Green Party at the top of the board, a huge shift from the previous by-election, where only Fraser managed to be elected.

She says she thinks voters approved of the way she served as a trustee in the past and may reflect the changing perspective of the BC Greens in politics, as the BC Greens were able to secure three ridings in the provincial election.

“I think people are becoming more comfortable with voting Green. Whether it’s federal, provincial or municipal elections. There are great candidates who are stepping forward for each level of the Green Party. I think people have the confidence to vote for them knowing their vote will count and that good candidates can be elected and can bring change.”

Fraser and the other trustees at the Vancouver School Board will serve their one year term before the next general municipal election on Saturday, October 20th, 2018.