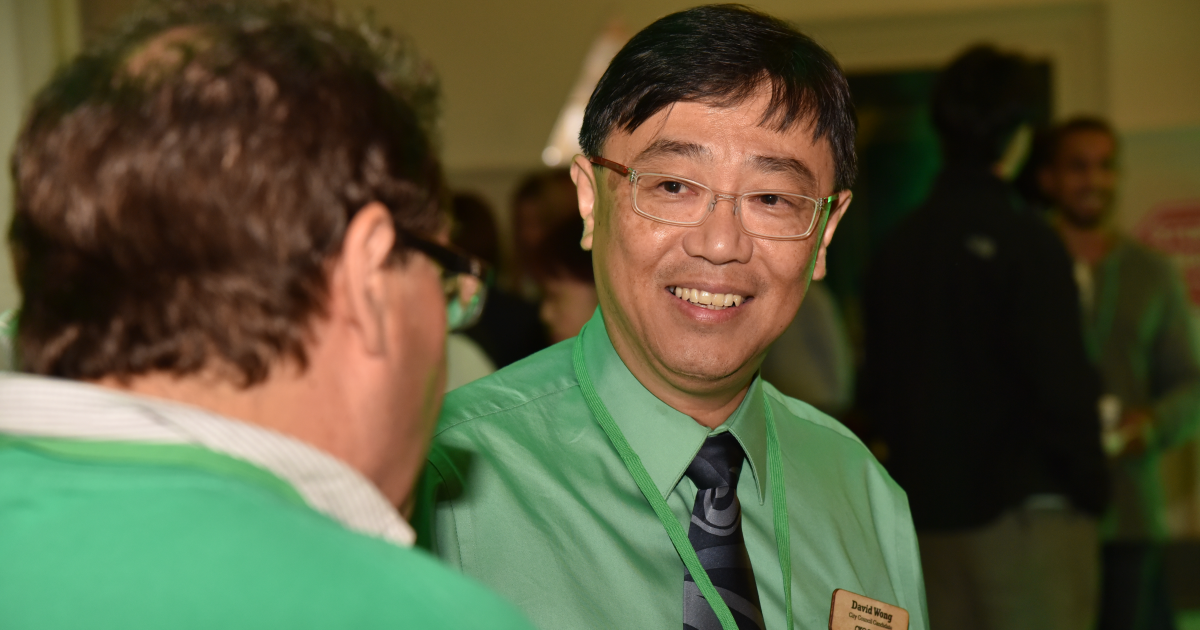 David is a proud multi-generational Vancouverite. A vocal and active community advocate, he has helped found over 30 organizations, is a bestselling author, architect, and urban ecologist.

Inducted as an Honorary Witness by the Truth and Reconciliation Commission of Canada, his work with indigenous peoples and affordable housing has earned him honours, including adoptions by First Nation clans and families across North America.

He ran provincially in Vancouver-Hastings, performing the strongest amongst 2017 Green candidates in Vancouver, and served as the Housing and Affordability spokesperson.

He has worked for a number of years in the City’s Engineering and Planning departments, and has a good working knowledge of civic systems and governance.

A proponent of diversity, David promotes intercultural knowledge sharing as an incubator of creativity and innovation, and received a QE II Diamond Jubilee medal in recognition of this work.