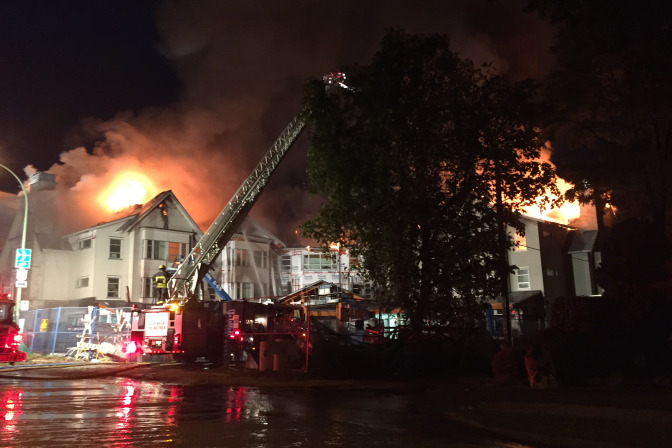 As a result of Green Party of Vancouver City Councillor Adriane Carr’s enquiry at today’s regular City Council meeting, the City Manager will be asking Fire Chief John McKearney to report back to Council on the massive four-alarm fire Friday, October 3 at an almost-completed Seniors Housing complex at 49th and Granville.

Carr has requested a staff report on the fire regarding deployment of firefighting staff and equipment; which firehalls were left without staff and equipment and for how long; and a risk analysis and reasons for the decision to not call-out off-duty firefighters.

The reasons for requesting this report are as follows:

“The decision to not call in off-duty firefighters put on-duty firefighters, citizens and our city at risk. It was just sheer luck that there was not another big fire, or that the low priority medical calls that night didn’t turn into life-threatening situations,” says Carr.

Video footage of Councillor Carr making the request can be found at http://youtu.be/RLwtKcodt4g